A bushel of freshly cut lavender. 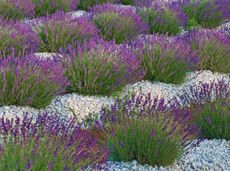 The sweet smell of the lavender guides tourists to the farm.


The lure of a lavender farm is what drew Jeff Geib and his family to Greer.

“I never thought I would be in Greer picking lavender,” Geib, from Chattanooga, Tenn., said. “My daughter (Cassidy) and wife (Julie) now want to move here.”

The Southern Hills Lavender farm, developed into one of the Upstate’s newest and hottest tourist attractions, drew the Geib family’s attention via owners Mary and Tim Bergstrom on Facebook.

The Bergstroms probably don’t realize their economic impact on the Upstate. But Jeff Geib does.

“I built a weekend vacation around visiting the lavender farm, staying in two Greenville hotels, eating at restaurants and driving around this part of the state,” Geib said. “This place is beautiful and offers a lot of things to do. I saw so many out-of-state license tags at the lavender farm.

“We walked downtown Greenville and it was beautiful with the shops and restaurants. We decided to take in a ballgame (Greenville Drive), and sit atop the Green Monster. What a view.”

The lavender farm is located just off North Highway 101, (2132 Edwards Lake Road) near Lake Robinson and a short ride from the Blue Ridge communities and its bustling housing market.

“It kind of blows me out of the water,” Mary said. “Our mission is to build something people experience and for people to come from that far away is awesome.” Mary said it is routine for visitors from the southeast to stop by on upick days to cut their share of lavender and learn what products in food, drinks, desserts and fragrances it is marketed.

“When my family mentioned about wanting to move, we looked at a house across the street,” Geib said. “I can see us living in this area. I know we will now make a trip to the lavender farm as part of future trips.”

Greer earnestly promotes its downtown cuisine and industrial growth that has skied to unimaginable heights. In all the literature celebrating Greer, Southern Hills Lavender Farm is mostly a line item.

The Bergstroms are representative of the phrase, “If you build it, they will come,” made famous in the movie “Field of Dreams.”

Facebook is working with the Bergstroms a second year in a continuing case study. “(Facebook) is surprised we continue to do our thing,” Mary said.

Last year the case study was on the event, this year it’s on the business. “Last year we learned our market valuation, income and research,” Mary said.

This year upick was spread over two months that just ended last weekend. Mary said events will start back in July.

“I knew there had to be a market here,” Mary said. “I grew up here and there wasn’t anything like it nearby.”

There’s more to the sweet smell and gorgeous rows of flowing floral at Southern Hills Lavender. A two-story store built on site sells products and is also a hands-on workshop. The setting has been used for weddings, photography, paintings and events. School, senior and church groups find the farm an attractive visit.

Don’t expect the farm’s products to be offered in larger food and floral shops. “I can’t keep up with everything as it is,” Mary said. The future may include a second field to be harvested but no online or public market sales are imminent.

The products, offered at markets in the Upstate, are Certified S.C. Grown by the S.C. Department of Agriculture.